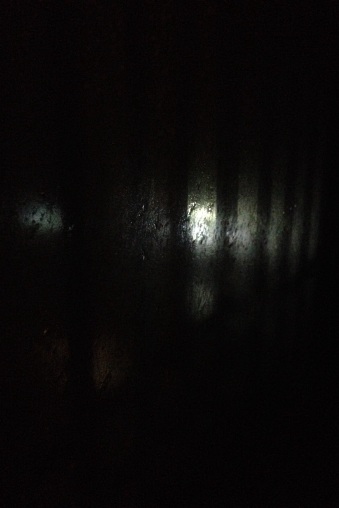 A shadow of a portion of trees falling on the road, moving continuously with the wind. And I see two yellow bulbs hanging from the lower branches. For no reason, it makes me think of you.

It rained recently. It was so beautiful, started something around five in the evening. The best, best part was the beginning. You stand there and look from your gallery, and it’s this powerful shower and this serene noise, and this washed green, and happy faces; busy, happy city. It’s the kind of chaos you want to melt into.

I have mixed night and day here in the writing. But it’s kind of like that these days. So mixed. I try and fail, cannot hold any end of this string. It’s not bad but it’s not good either. More like the “middle” of a process. Boring, slow, confusing, but not extremely pathetic. Because you know what comes from a thing like that and well, you’re looking forward to it…

Doesn’t she look happy dancing in the rain with a heart so gay and young? With a face like that of an angel, and the floating gracefulness of a goddess, her own feet unaware of where she might put them next; she could perhaps be the luckiest in the world!

Like a wild flower in full bloom, oh, how she fills the air around her with the aroma and affect of her. How the stars sparkle in her presence and the earth stops to the rhythm of her steps! And how everything, in an unseen felt way, bows down to her—in respect of her happiness!

See how she flutters her wings and holds out her arms to fill in the falling rain in the cups of her palms, and then brings it to her lips to drink from it; as if it were a divine goblet! Or an elixir, pouring which will quench her deep thirst, and free her of all that torments her soul…

But it scares me to see her so, and I can’t really explain what I find unfitting in this picture. Maybe it’s in her eyes… which are grayer than the sky above her, or her laughter which doesn’t quite seem real. There is something in her tone that hints betrayal, something about her shadow that keeps dissolving minute by minute.

‘She must be a carrier of love’ is what I thought of her before. But maybe, as I now realize, it’s an injury better than that. Maybe, as her façade weakens and reality takes over, we won’t find a trace of what we see now. And for all they will know, she would be a girl who died dancing!

The Golden hour; the grand arrival of magnificent clouds which darken the view from my window, and the sweet smell of rain as the first drop falls on the ground- all at the sun rise: I’m loving it!

Photos from my mobile phone for the weekly photo challenge The Golden Hour. I guess I had been lucky enough that it rained here at Suhoor, so I got some pics for my blog.

Other photos that I have fallen in love with:

I stood at the balcony whilst it rained. It was today’s dark night and the sky had blackened more than ever. It started with strong windy blows and it was not late before some tiny droplets began to pour. Tiny, tiny droplets, with increasing wind made it feel so soothing that I couldn’t stop admiring.

While I stood at the balcony, my head peeping out to enjoy the rain, I saw the fearful lightning on the dark, black sky. It was something that made everything go very bright, for split seconds. It looked frightening, orange streaks of it. And then the crosswind had made it hard to breathe. But I wanted to exhale the beauty of it! I wanted to live in that moment so that I can cherish it later, for a thing of beauty is a joy forever!

The rain dropped with its sweet smell and tiny texture on my face. I was amazed by the beauty of that moment. It was all so splendid. Though the lightning streaks and high airstream made me think of those who might be facing different problems due to the sudden change in weather tonight. I prayed to God to bless his mercy and save from His wrath. Then I thought of a friend who is on her exotic trip to Kashmir- the beautiful Kashmir! I hope she is enjoying to her best for she loves the rain as much as I do.

The polythene bags flew with the direction of wind and it was quite interesting to watch them do, (though they are a sign of pollution) they would fly so high and with such an impeccable speed that it was difficult to catch their view!

The trees were blown back and forth at a ferocious and violent speed due to the hurricane and the pedestrians had all hurried to their destinations. However, there still was traffic running on the streets because the people were in a hurry to reach their houses, safe and sound.

After having it all stand in my memory as strong and vivid that I could make it, I returned inside and had dinner. half an our later that I went to my balcony, the drizzling had stopped but the wind was as blissful as it was. The water from the taps is as cold as ice and my hands too..